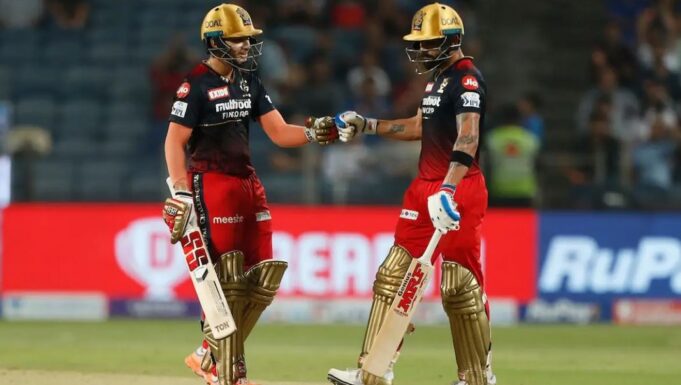 A melt-down in the middle overs left the MI team winless after 4 games. This has taken them to the bottom of the points table alongside fellow sufferers, the Chennai Super Kings (CSK).

Harshal Patel and Wanindu Hasaranga, the bowlers of the RCB team, triggered this meltdown and the batters needed to chase only 152 runs. This target was definitely not enough as a challenge to the RCB team. The 2 fours that were reverse-swatted from Glenn Maxwell sealed the 3rd win for the RCB team that was achieved with 9 balls to spare.

The storm after the calm

The RCB team got their breakthrough in the 7th over. This was given to them by Harshal, with Rahul getting ‘caught and bowled’ when the MI captain was early on the flick. This started the slump. MI team lost 6 wickets for 29 runs.

Rhis was totally due to the bowling. The hard lengths of Akash Deep, the dipping offcutter are of Harshal and also the wrong’un by Hasaranga that had deceived Kieron Polland and Dewald Brewis.

The situation of the MI team induced panic. Though Tilak Varma had made a good start in IPL,  he was ‘run-out’.

The middle over’s were tough for most of the batters, but Surya Kumar seemed to be comfortable and even managed to hit a 6 on the bowling of Shahbaz Ahmed.

The last over was from Harshal and this was definitely brilliant. He got the ball to ‘dip and grip’ and behave in an unpredictable manner. RCB team needed 152 for the win.

MI team was well aware of the fact that they needed to take early wickets if they want to win. In the early over’s, they threw everything they had to the RCB team. Jasprit Bumrah was sent out for 2 over’s out of the first 6. In the power play, the RCB tam hit 2 boundaries. These were back-to-back sixes by Rawat.

Faf du Plessis went a little slow with only 16 runs off 22 balls.

The RCB team needed almost 8 runs an over when Kohli walked in at Number 3. He started finding the boundary immediately.

Basil Thampi sent down the 12th over for 15 runs. This eased off any ‘left-over’ pressure felt by the RCB team.