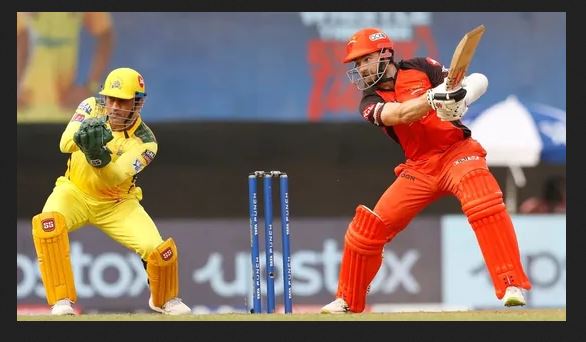 Sunrisers Hyderabad (SRH) defeated the Chennai Super Kings (CSK) with an eight wicket loss. Stephen Fleming, the captain of the CSK team seemed to be a little ‘flicked’ off after this loss to the SRH team.

This win for the SRH team was much needed after losing 2 successive matches. This was their first win in this tournament.

The SRH team rode on the effort of all-round bowling for restricting the CSK team to 154. CSK seemed to be rooted on the 9th spot of the points table of the IPL 2022 after losing 4 matches.

Highlights of CSK vs SRH

The CSK team seemed to huff and puff to 154 runs after they were sent to bat by the SRH team.

Once again Ruturaj Gaikwad fell soon and this was definitely a set-back. In this IPL2022, he went past the single digit score for the first time but got out at 15 by T Natarajan in the last over of the power-play.

Robin Uthuppa, partner of Ruturaj Gaikwad as the opening batsmen, showed some hope. He got out when he tried to take the power-play specialist, Washington Sundar in the 4th over.

Moeen Ali came to bat at number 3. Ambati Rayudu could steady the ship with a stand of 62 runs. In the 14th over this was broken by Sundar, once again. From then on, the CSK were unable to maintain any other partnership. Moeen fell when he was 2 short of his ‘half-century’ when he was trying to take on the attack of Aiden Markram, an off-spinner on ‘part-time’. This was in the 15th over.

The middle-order of the CSK team is weak. This was exposed when the team slipped from 108 runs for 3 wickets to 122 runs for the loss of 6 wickets. Shivam Dube was out with 3 runs off 5 balls and MS Dhoni also managed only 3 runs off 5 balls. The big wicket for T Natarajan was of Dube and Marco Jansen, the South African pacer making his debut with SRH team, got Dhoni, considered as a ‘prized’ scalp. Dhoni’s form seems to be slipping with each passing match.

The CSK team faced the loss of Deepatk Chahar who had suffered a tear during the 3rd T20 in Kolkota against the West Indies.

Effort of Jadeja in vain

Giving the CSK team a strong finish was, now, the responsibility of Ravindra Jadeja, the captain. He managed to keep up to the expectations by hitting a 6 and a boundary on the bowling of Natarajan. He fell to the bowling of Bhuvaneshvar Kumar for 23 in the last over.

Chris Jordan and Dwayne Bravo added a few ‘much-needed’ runs in the final over, and 4 wide deliveries and 15 runs were conceded.

The 154 runs made did not seem to be enough as the SRH team pulled off a significant chase to prove their competitors wrong.