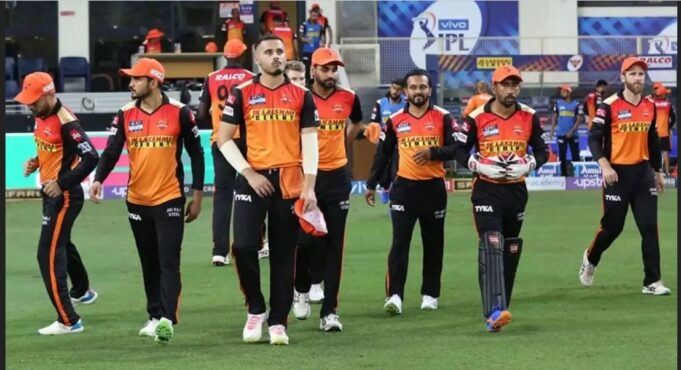 Sunrisers Hyderabad (SRH) managed to beat the Royal Challengers Bangalore (RCB) by 9 wickets. The score of the RCB team was a mere 68 runs. The SRH team managed 72 runs for the loss of 1 wicket.

The SRH team had to chase a mere 69 for winning this game. They managed to overhaul the target with twelve over’s to spare. They reached to 72 runs in only 8 over’s with Kane Williamson unbeaten on 16 runs. Abhishek Sharma, his opening partner, made 47 runs.

It was one over with only 3 runs and 3 wickets were down. He managed to get some of the so called ‘best’ batsmen of the RCB team. He got Faf du Plessis out first and followed this by the wicket of Virat Kohi.

Jansen is not only good at bouncers but also seaming a ball. At present, Jansen seems to be an ‘invaluable’ asset to any team.

Glenn Maxwell was known to attack the bowlers at all times when he was at the crease of the IPL match. He had managed this well and had the 2nd highest ‘strike rate’ among most of the batters.

He came to bat in the 1st over and fell in the 5th over against the SRH team. He has the capability to score around 150 runs in a T20 match, he needs to be giving himself some time.

Out of 8 games, Kane Williamson has won 7 tosses. He did not seem to be content with this and wanted to do more. Williamson gave Jansen a couple of slips as soon as he saw some early movement in the seam. This is when Kohli was caught.

Though Dinesh Karthik is known to be a ‘phenomenal’ sweeper he managed to only feather the ball through to the keeper when he tried hitting a single.

Kohli’s average in this season is hardly 17 as he has been out for a ‘duck’ one match after another. For context, this is only 1 point ahead of Mohammed Siraj. Kohli needs a break but this being a year of T20 world cup he works out to be a resource that is needed by India.

IPL 2022 Auction: 8 bowlers who can fetch high bids in the Mega Auction...

Most Matches as Captain in IPL