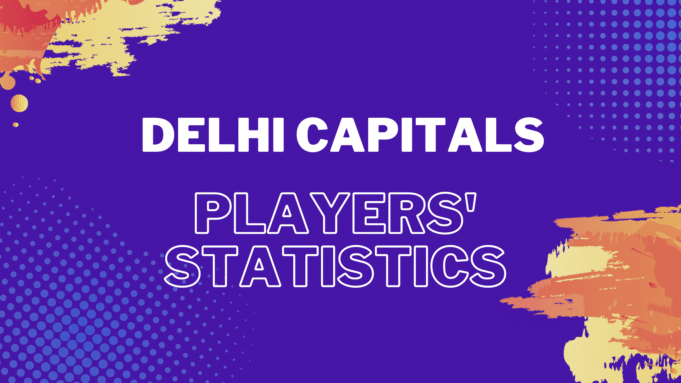 For the last nine years team, the Delhi capital has not been making much in the Indian Premier League.  Delhi capitals managed to enter the semi-finals in the first two IPL since 2008.  However, after this, they have made only the playoffs in 2012.  In 2018 the team finished at the bottom of the points table.

Formerly known as the Delhi Daredevils team Delhi capitals is improving their cricket for the IPL seasons.  The veteran cricketers like   AB de Villiers, Virender Sehwag, Tillakaratne Dilshan,  Daniel Vettori,  Amit Mishra and Gautam Gambhir could not manage to group the team hand win a season.

Delhi Capitals is packed with talented young cricketers.  Under the captaincy of Shreyas Iyer, the team has shown some great Kick Cricket in the recent years.  In the first season of IPL 2021, the wicketkeeper of the Indian team Rishabh pant was given the captaincy of Delhi capitals in the absence of Shreyas Iyer due to his injury.  Apart from Rishabh pant, The Other players like Kagiso Rabada Prithvi Shaw, Ishant Sharma Shikhar Dhawan, Steve Smith, and Ravichandran Ashwin are the backbone of the capitals.

Team Delhi capitals have been one of the most inconsistent teams in the Indian Premier League.  In spite of the several experienced players in the recent IPL seasons team, Delhi capitals could not win the IPL trophy yet.  However, after 10 years and past captains,  DC is now growing and is a great Contender to the big teams like Chennai Super Kings,  Royal Challengers Bangalore and Mumbai Indians.

It has been noticed that the captain of Delhi Capitals has been pressurized for the win therefore they could not do much at that time.  The mounted expectation was the main reason behind the team’s unsuccessful journey.  DC has now entered the most competitive IPL season therefore they have to tighten their belt to face the champions.

Team Delhi Capitals could not win in any IPL season until now.

Delhi Capitals’ batting side is always being a strong side in all seasons.  The retained openers are being solid which makes the top-order very strong.  However just before the auction of IPL 2021 DC had a major gap to be filled in, which is their middle order and the bowling attack.  With the new lineup of bowling and batting, we can expect some good innings by Delhi capitals which could be e a complete package to watch.  Let us see some key players of the Delhi capitals squad.

India’s star opener known as the Gabber of the Indian cricket team Shikhar Dhawan has played some remarkable innings.  Watching Shikhar Dhawan playing is completely e a good treat for the fans when he is in a good mood to play.  Dhawan has scored 521 runs in the Indian Premier League 2019 and 618 runs in 2020.  Therefore, the fans would be expecting him to smash the ball with his bat again in IPL Phase 2.

Trash could not play in the first phase of IPL 2021.  According to the news, Shreyas Iyer is completely fit now and will be participating in the rest of the IPL matches, which are scheduled to be played in the United Arab Emirates.  It is interesting to see who will be e leading the team as in the absence of Shreyas Iyer Rishabh Pant was the captain of team Delhi capitals.

This young cricketer and the wicket-keeper of the Indian team for the International matches is an integral part of team Delhi capitals.  In the absence of Shreyas, Iyer pant has led the team very well and he has taken responsibility for the entire squad.  We can only imagine how dangerous Rishabh pant can play when it comes to the IPL format.  Rishabh Pant was the highest run-scorer for team Delhi capitals in 2018,  he had scored 684 runs.  Will Pant repeat the same aggression in the IPL Phase 2?   We all will know this when the IPL starts.

Amit Mishra is an experienced cricketer in the Delhi Capitals team.  Mishra is one of the most successful bowlers. In the history of the Indian Premier League, the leg spinner becomes the backbone of the team when it comes to spin the ball and trouble the batsman.