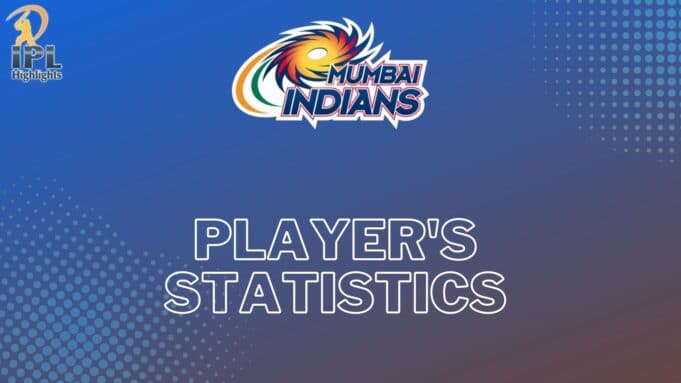 For the IPL 2021 auction, the team managers of Mumbai Indians have made some interesting selections while they were deciding on a full playing squad.  They have picked up Arjun Tendulkar for the IPL.  Team Mumbai Indians is the five-times champion and known to be the most successful franchise throughout the IPL.

Team Mumbai Indians is the five-times champion and known to be the most successful franchise throughout the IPL.

Led by Rohit Sharma Mumbai Indians is the most powerful team in the Indian Premier League.  Their performance is unforgettable in the last season of IPL.  In the 13th IPL team, Mumbai Indians defeated Delhi capitals in the final, which was played at Dubai International Stadium.  After defeating Delhi’s capitals, they have clinched their fifth IPL trophy.  MUMBAI had won the IPL trophy in the years 2013, 2015, 2017, 2019, and 2020.

So many legends were part of team Mumbai Indians such as Sanath Jayasuriya, Sachin Tendulkar, and Ricky Ponting.  Their Association with the franchise was memorable which itself explains how strong the team was and why the fans are favoring team Mumbai Indians.  Every time during the Indian Premier League large number of fans come to watch their favorite team MI’s match.

During the auction in 2021, The selection committee of the franchisee has made some interesting decisions while picking up the players for Indian Premier League season 14.  Apart from the other players, the fans would be watching their favorite players during the IPL Phase 2.  Let us take a look at the key players of the team Mumbai Indian.

The captain of team Mumbai Indian was quiet in the first phase of the IPL however; it is believed that he will be firing with his bat in the IPL Phase 2.  This would help him in the upcoming T20 World Cup as well.  Every fan of the team Mumbai Indian knows how the captaincy of Rohit Sharma is.  He knows how to clinch the victory from the opposition, therefore; it will be interesting to see the same Avatar of Rohit Sharma again.

The star all-rounder of the Indian team Hardik Pandya is recovered from his backbone injury and he is ready to take part in the IPL Phase 2.  Hardik Pandya always shares his practice videos over social media, which is no less than a treat for his fans.  Let us see how Hardik Pandya will play in the Real situations in the Indian Premier League Phase 2.

Jasprit Bumrah is the world’s number one bowler and also part of the Mumbai Indians team.  Bumrah is known for the strength of that was and he has proved his worth as well.  For a couple of Indian Premier League seasons, Bumrah is becoming the favourite of the cricket fans.  Therefore, everyone will be looking to see Bumrah’s performance in the upcoming IPL.

the keeper of the South Indian team Quinton de Kock is also the core strength of Mumbai Indians.  MI’s top-order batsman Quinton de Kock can always create the magic with his bat.  He is known to be the most successful left-handers batsman at the time for MI.

This West Indies Limited overs captain has been part of the team Mumbai Indians for so many years.  He is a great fielder in the deep side in also a great match finisher with his bat.  Due to his skills, not anyone can keep Kieron Pollard out of the team because each time he proves his worth of selection in the Indian Premier League format.