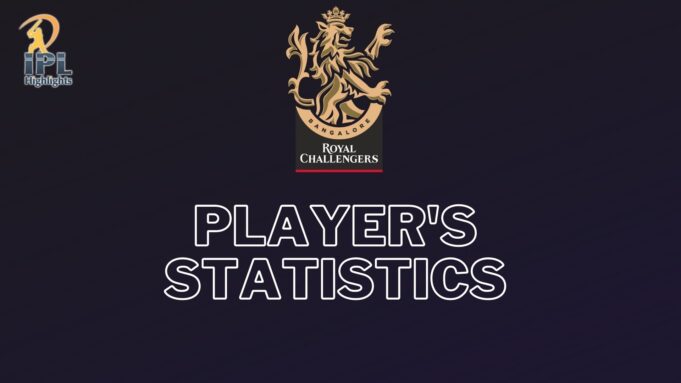 Led by Virat Kohli e team Royal Challengers Bangalore has a most loyal fan base than the other franchise of the Indian Premier League.  Despite the unsatisfactory and disappointing performance by the team still, the fans wish to Skipper Virat Kohli to lead the team and lift the trophy of IPL.  The man in red is well known for their powerful batting and bowling as well as fielding.  Team Royal Challengers Bangalore is being called as “Bold Army” by their fans.

Team Royal Challengers Bangalore has been one of the unlucky franchisees in the Indian Premier League history.  The team and reached to the IPL final matches on three occasions where were they failed to win each time.  Team RCB is known for or there cracking batting attack which includes captain Virat Kohli,  Chris Gayle,  AB de Villiers,  and last but not least Yuvraj Singh the king of sixes.  There are so many prominent players in the team who can prove themselves whenever needed such as Umesh Yadav,  Yuzvendra Chahal,  Moeen Ali, and Mohammed Siraj.

Team Royal Challengers Bangalore could not win in any IPL season until now.

Right from the beginning of the Indian Premier League RCB has included some big names like Anil Kumble, Rahul Dravid, Dale Steyn, and lastly Jacques Kallis.  Even having these legendary players in the squad the team could manage to win only 4 matches out of 14.  After that 8 This made a lot of controversies among the fans.  History is the history, as the team RCB is now having Captain Virat Kohli and definitely, they will be looking to lift the trophy in the second phase of IPL.  Let us take a look at five key players of Royal Challengers Bangalore.

Known as captain Kohli this is keeper shows a lot of aggression during the game.  Therefore, Virat Kohli has been one of the most feared cricketers in the cricket world as of now.  Kohli has great support from his senior captain Mahendra Singh Dhoni; therefore, you can see him making great decisions on the cricket ground.  It will be interesting to see the same rhythm as Virat Kohli in the IPL Phase 2.

AB de Villiers is the retired cricketer of international cricket.  However, due to his great Cricket skills, AB de Villiers is undoubtedly one of the best batsmen in the T20 format.  A b de Villiers used to play around the whole ground and is known for his 360-degree settings.  Therefore, the fans would be expecting the same rhythm of AB de Villiers in the upcoming Indian Premier League matches.

The star spinner of the Indian team Yuzvendra Chahal is one of the key players of team Royal Challengers Bangalore.  Chahal has the ability to take the crucial wickets at any stage and he can trouble any batsman with his spin bowling.  In the IPL Phase 2 you just like other players the eyes of fans would be on Chahal’s bowling as well.

The tallest New Zealand’s fast bowler, Kyle Jamieson was selected by the selection team of Royal Challengers Bangalore for rupees 15 crores.  There is 26 years old batsman who impressed everyone in the test matches against team West Indies in 2020 and also in the limited-overs matches.  Because of his great Cricket skills, he became an x-factor of the team.  Therefore, RCB would be hoping for the same from him again.

Kind of a new addition to the Royal Challengers Bangalore, this Karnataka man Devdutt Padikkal has proved his skills in the IPL of 2020 and 2021.  He has scored the maximum runs than the other teammates like Virat Kohli and AB de Villiers.  Similarly, he did the same job in the Vijay Hazare Trophy as well where he Scored 700+ runs into hotel seven matches.  Let’s see e how he will maintain his rhythm again.