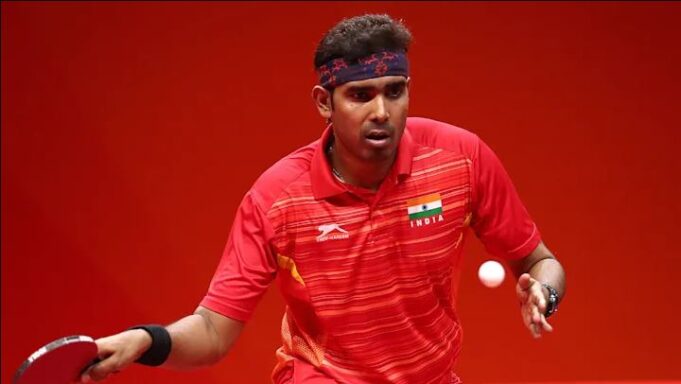 In a recent interview the veteran revealed that he has a special bonding with this event, the Indian contingent is currently in Birmingham and preparing for the CWG.

Kamal has arguably proven to be the best Indian table tennis player in history, he spoke to ANI recently and said this, “In 2006 when I won a medal for the first time, people started to know me. I have a special bonding with the Commonwealth Games. I have won medals every time I have played at this event and hope I will be able to do so this time as well and make my country proud,”.

He spoke about the competition this year and also aims to bring home medals for India, he said, “I have been around for a long time. The competition is really good. We have good players in Canada, England, Nigeria and Singapore. I hope we will be going back with medals,”

Sharath Kamal’s journey at the CWG

Kamal achieved his maiden gold in the 2004 Commonwealth Table Tennis championship, this followed by a historic singles gold medal and another gold in the men’s team event in the 2006 Commonwealth games in Melbourne. He won two more gold’s in the 2010 CWG in the men’s single and team event. He failed to secure any medal in the 2014 CWG but redeemed himself by winning gold, silver and two bronze medals at the 2018 CWG.

India’s team would consist of the phenomenal and amazing player Sharath Kamal, followed by G Sathiyan, Harmeet Desai and Sanil Shetty. Manika Batra will be leading the women’s contingent and will also consist of Reeth Rishya, Sreeja Akula and Diya Chitale.

“It probably rubbed them the wrong way” – Wrestling veteran explains possible reason why...

“Kyrie Irving may be the sweetest guy”