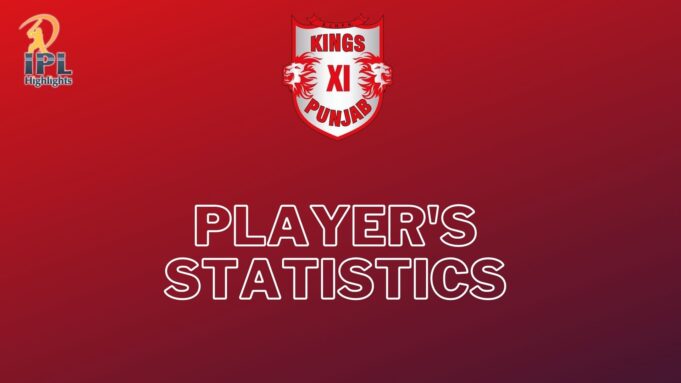 The management of team Punjab Kings were looking to strengthen their batting and bowling sides, along with some decent all-rounders.  Ravichandran Ashwin is no more playing for Punjab Kings. Therefore, the team will look for another is spinner to replace him.

Co-owned by Bollywood star Preity Zinta, team Punjab Kings had a very good season in 2008.  The team finished fourth on the points table of IPL 2008.  Again, in 2014 under the supervision of Virender Sehwag this team reached the finals for the first time however, they could not beat team KKR.  Since then the Punjab Kings have not been able to make and any other mark.

Last year the franchisee selection committee made a lot of changes in the playing squad however the results were similar.  Indian opening batsman KL Rahul was leading the team as captain but still, the team finished the sixth position in IPL 2020.

The team Punjab Kings were earlier known as Kings XI Punjab is a Punjab-based cricket franchise which participates in the IPL since 2008.  The franchise was found in 2008 therefore when the IPL was started.  Team Punjab Kings has PCA stadium in Mohali as their home ground.  KL Rahul is leading the team since 2020.  As of now team Punjab Kings could not win any IPL trophies so far.

Team Punjab Kings could not win in any IPL season until now.

Team Punjab Kings had so many e chances and capacity to put big scores on the scoreboard; however, for some reason, the team could not manage to enter even in the playoffs.  For some years the team was at the bottom of the points table in 2015,  2016,  and 2017.  In the 2018 team, Punjab Kings was completely changed with a new captain and the squad.  In the same year, the senior spinner of team India Ravichandran Ashwin was appointed as captain of the team.

Chris Gayle and KL Rahul have played so many spectacular innings but they could not promote their team on the points table.  Punjab Kings has so many great players in the squad who can turn the game to victory,  let’s take a look at some key players.

The moment KL Rahul was appointed as the captain of Punjab Kings he has been great and an in-form player among the squad.  KL Rahul was one of the leading run-scorers for Punjab Kings in 2018 and 2019.  He is code 659 and 593 runs each year respectively.  Now after being appointed as the captain has to prove his skills and abilities as a team leader.  In IPL 13 season, KL has topped the points table of the highest run-scorers in the tournament.  KL has also won the orange cap.

Everyone knows that there is no T20 game bigger than the name of legend Chris Gayle.  Even after spending so many years in international cricket, T20 World Cup Chris Gayle still commands the team very well and gets respect from the other teams.  His hard-hitting abilities make him completely fearless so that he can hit any bowler easily.  Chris Gayle has the capacity to take the game to victory single-handedly.

India’s star pacer, Mohammed Shami e is one of the important bowlers of team Punjab Kings.  Shami is the base of the bowling attack of the team that can dominate the opponents easily.  Last season he managed to take 20 wickets, which was his highest score.

Nicholas Pooran has been famous for his dangerous batting and quick Run scoring.  Purn has scored more than 3000 runs in the Limited overs format with a strike rate of 144.46.  As of now, only a few cricketers can do this and score runs in such a short period.  He is the core strength of team Punjab Kings.