Home News Pooja Vastrakar: India get a squad boost just before the must win... 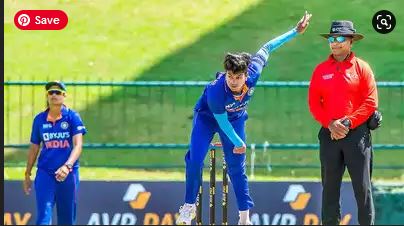 India absolutely crushed the Pakistan women’s team in the CWG and managed to win the game by 8 wickets, this victory was an extreme morale boost for the team and they will be looking to continue, they will further getting a confidence boost as Pooja Vastrakar, the star player for them will be joining them again.

The game against Barbados is extremely crucial as winning it would mean that they would cement their semi final spot.

This is the first time that India would be playing under the lights in the CWG and the winner will be heading directly into the top 4.

Vastrakar the star player and batter S Meghana had unfortunately tested positive for Covid-19 earlier and now will be returning to the squad, Meghana managed to get a spot in the team against Pakistan in the previous game but it will be interesting to see if Vastrakar is fit enough to be fielded in the team against Barbados.

Vastrakar has always been crucial for the team and her performances in the past have been monumental in the past, she was missed a lot against the Australian team in the opening team, India even suffered a disappointing loss against them.

India will be banking on another all rounder is the off spinner Sneh Rana, she took two wickets in the previous game against the Pakistan team and India managed to restrict them to only 99 runs.

India will be hoping to clinch this game and will be expecting their star batters Harmanpreet Kaur and Smriti Mandhana to showcase their style and deliver a groundbreaking performance in this important clash against Barbados and seal their semi final spot. 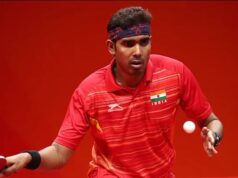 Sharath Kamal eyes for glory at the Commonwealth Games 2022