IPL 2021 Updates: IPL franchises are looking for crucial players to replace a deficit of four IPL players for IPL 2021 Phase 2 in the United Arab Emirates. According to sources, Pat Cummins Kolkata knight riders (KKR), Riley Meredith and Jhye Richardson (Punjab Kings), and Kane Richardson (Royal Challengers Bangalore) have all withdrawn from the Indian Premier League’s forthcoming UAE leg. The players reportedly withdrew their names from the away tours to the West Indies and Bangladesh last month, citing a variety of reasons.

Pat Cummins, an all-rounder, is an important member of the Kolkata knight riders (KKR) team. Because he runs the bowling department and is a member of the core group alongside Eoin Morgan and Dinesh Karthik, his absence might be detrimental. His wife and he are expecting a child in September end.

Royal Challengers Bangalore revealed a piece of changes to their lineup ahead of the IPL 2021 season in the United Arab Emirates on Saturday, including the addition of Sri Lankan Wanindu Hasaranga as a replacement for Adam Zampa. Due to personal reasons, head coach Simon Katich also stepped down, enabling Mike Hesson to take over his duties in addition to being Director of Cricket.

Dushmantha Chameera of Sri Lanka has taken the place of Daniel Sams. Finn Allen was also replaced by Tim David. Kane Richardson and Daniel Sams will be unavailable, thus Allen and Scott Kuggeleign will be with the New Zealand team.

Following the selection of Finn Allen and Scott Kuggeleijn for New Zealand’s national squad for the series against Bangladesh, Adam Zampa, Daniel Sams, and Kane Richardson declared themselves unavailable for the tournament’s second leg.

Hasaranga has been a bright spot in Sri Lanka’s white-ball squads, winning Player of the Series in the T20I series against India lately. Chameera, a fellow Sri Lankan, got four wickets in the same series for an excellent 5.25 economy rate.

Tim David, a Singapore native, made waves with the Lahore Qalandars during his brief PSL stint. He formerly played for the Hobart Hurricanes in the Big Bash League, where he scored 279 runs with a strike rate of 153.29. Since then, he’s had a fantastic run with Surrey, scoring two hundred and a fifty in his last four List A games.

RCB still needs to fill one more foreign spot on their squad, which they should complete in the next few days.

On September 19, the IPL’s second leg will begin in the United Arab Emirates. Apart from those on national service in England, a portion of the RCB contingent – the India players – will convene in Bengaluru this weekend for a week-long quarantine. They will then go to Dubai on a chartered jet on August 29. The international players and support staff will join them there, and the entire contingent will be quarantined for another six days. The Royal Challengers Bangalore will continue their season on September 20 against the Kolkata Knight Riders.

Stay connected with IPL Highlights for the IPL 2021 updates! 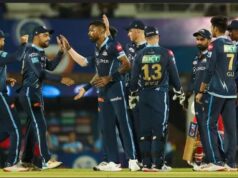