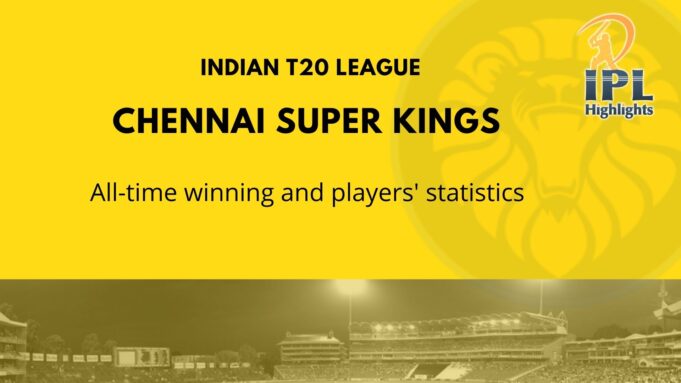 The franchise Chennai Super King is one of the most favorite teams of cricket fans. Team Chennai Super Kings has been participating in the Indian Premier League since 2008. Being famous for its short name CSK, this franchise was founded in the year 2008. The owner of the franchise is India Cements, and the team is known to be the most dominant team among all the seven other franchisees in the IPL.

The captain of team CSK is Mahendra Singh Dhoni, who is one of the popular captains of the Indian team. Lead by Captain MS Dhoni, the Chennai Super Kings team has reached the playoffs ten times in the IPL. Team CSK has won the IPL title three times sofa and also have been named runner-ups four times in the Indian Premier League. 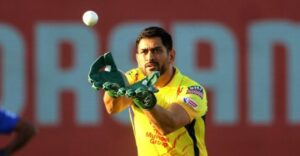 Highest Team Total: 246/5 Against the team Rajasthan Royals on 3 April 2010 at Chennai.

Lowest Team Total: 79 against team Mumbai Indians on 5 May 2013 at Mumbai.

Team Chennai Super Kings does not have a lot of match-winner players. However, CSK is still one of the successful franchises is in the history of the Indian Premier League. CSK has the most senior players in the squad. Therefore, it is considered the most dominant team in the IPL. All the senior players have great individual performance, and they are capable of keeping their team at a high level. Apart from this, all the experienced players are led by captain Mahendra Singh Dhoni which itself is a great Plus to the franchise. CSK is filled with potential players; let us take a look at the five most prominent players of the CSK squad for IPL 2021.

Known as the captain cool the former Skipper of the Indian team, Mahendra Singh Dhoni is the backbone of team CSK. Dhoni has led CSK to the playoffs in all the 11 IPL seasons. Therefore the fans are expecting that Dhoni will repeat his performance in the IPL 2021 and when the IPL title this time.

Deepak Chahar is the young player included in the Chennai Super Kings. Since he started, the picture has been in improving himself under the CSK franchise. It has been noticed that captain Mahendra Singh Dhoni often uses Chahar at the beginning of the match.

Faf du Plessis is the former protein as Skipper; he has again proved his worth while playing for the Chennai Super Kings franchise. 2 places have shown his skills in both the areas of fielding and batting, as he has full control over front foot fielding. His capability of hard-hitting is very important for the CSK team. He is one of the best fielders on the CSK team, which is the main reason he has been part of the team for so long.

He is a powerhouse of the pace attack of Chennai Super Kings. Lungi Ngidi is this star performance of the team. He will be leading the foreign pace attack for the CSK in the IPL 2021.