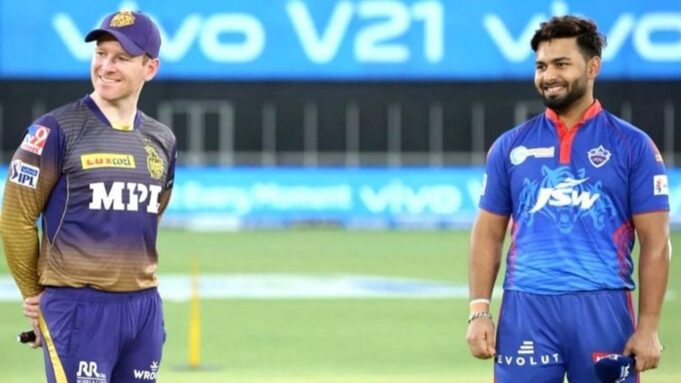 Kuldeep Yadav seems to be looking for a captain that is able to make maximum use of him, he was given only 3 over’s to bowl in spite of the fact that he took 4 wickets.

Chetan Sakariya and Mustafizur Rahman swung the new ball and did not let the KKR team find the required momentum. Venkatesh Iyer was struggling at the top order. Aaron Finch, a newcomer, tried dominating Sakariya, but his wicket was flattened by the in swing. Venkatesh managed to connect to a paddle sweep but found the fielder at ‘short fine’ leg. The score was 22 runs for the loss of 2 wickets in 4.3 over’s for the KKR team.

The magic of Kuldeep

The batters were under a lot of pressure when Kuldeep come in to bowl. B Indrajith, a debutante, tried to move on when he first faced Kuldeep. He could not get the required elevation. Sunit Narine came next but Kuldeep managed to trap him also and Rana managed a ‘forward’ defensive to stop the hat-trick.

The first 11 over’s only 3 boundaries came, and all of these were fours. The DC team went back to Kuldeep just when the KKR team was building some momentum. The wicket keeping of Pant in the 14th over can be termed sensational. Shreyas Iyer went when he tried to cut Kuldeep. After another 3 balls, you found Andre Russell leaving the crease. In the 14th over, the score was 83 runs for the loss of 6 wickets.

The KKR team had no choice left and had to go out all the way and attack. Umesh managed to bowl a ‘perfect’ bouncer in the 10th over. This cramped Warner for a ‘catch’. Lalit was out lbw in the 11th over by Narine. The game seemed to change with the score being 84 runs for the loss of 5 wickets.

The asking rate was not very high. Shreyas had to juggle the quota of the 5th bowler between the part-times and Russell. Axar managed to hit Russell for a 4 and a 6 in the 1st two deliveries. The last ball of the over was a ‘run-out’ and this gave the KKR team some hope.

Shardul Thakur and Powell played out the last over of Narine watchfully. At this time Harshit had to walk out due to an injury. Shreyas decided to bowl Venkatesh, which he id in the 17th over. Powell managed to hit him for a 4 and a 6 and brought the ‘asking’ to a run a ball. The game ended when Shreyas and Tim Southee took a 6 each.

Alexander Volkanovski reveals he is already packing more muscle ahead of fight against Islam...