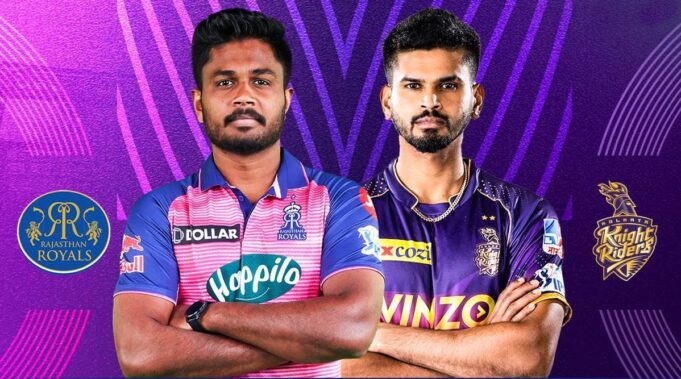 Rajasthan Royals fought and defended the217 runs with Obed Mccoy, a debutante, managed to rearrange the stumps of Umesh Yadav for a win considered as ‘nerve-jangling’.

A false start that saw Narine get out without facing a single ball, the KKR team fought back. Aaron Finch took charge with 58 runs off only 28 balls and added 107 runs in only 8.5 overs along with Shreyas Iyer.

In his final over, Yuzvendra Chahal seemed to win the match. He got Venkatesh Iyer stumped off in the very first ball and also managed to remove Shreyas.

Buttler was a little slow in the beginning with only 3 runs off 9 balls, but was in his form soon as he hit Umesh for consecutive boundaries. He also managed to slap Mavi for a 6.

He reached his ‘half-century’ from the 2nd ball faced after the powerplay. After Narine, Buttler found the needed support from Samson. The 38 runs off 19 balls from Samson kept the RR team moving. Buttler managed his century by hitting Pat Cummins for a six but got out after 2 balls.

Though Finch had struggled initially, he seemed to be comfortable handling the spinners of the RR team. The final ball of the powerplay was hit for a 6, he also managed to thrash 3 boundaries in the first over of Chahal. Though Shreyas started off well, he played second fiddle to Finch.

Shreyas had managed to hit 2 fours off Trent Boult and launched Ashwin for 6’s .

Shreyas had a life after the off stump of Andre Russell was pegged back and Nitish Rana managed to hole out to long-off.

To the annoyance of Shreyas, Venkatesh had turned down a 2nd run twice. He justified his decisions with an effort to hit the 1st ball of the final over of Chahal for a 6. He was beaten by googly.

Jackson nudged a single after Sheldon. Chahal made an effort to hide the ball wide outside the off stump of Shreyas. He was punished with a wide. He surprised Shreyas.

The KKR team sent Mavi at number 8. This was due to the weakness of Cummins against a spin. He tried to hit a 6 in the first ball but holed-out to ‘long-on’. The first ball of Cummins was edged through to Samson, giving Chahal a ‘hat-trick’.

There seemed to be a twist in the tail with Umesh belting Boult for 2 sixes. He also managed to slap him with a four. The equation came down to 18 runs in 12 balls. Neither McCoy nor Prasidh conceded any boundary. The slow balls of McCoy to Sheldon Jackson , who was caught at fine leg, and Umesh, who was bowled, iced the victory.

Emma Raducanu sets her goals for the 2023 season, says she would like to...