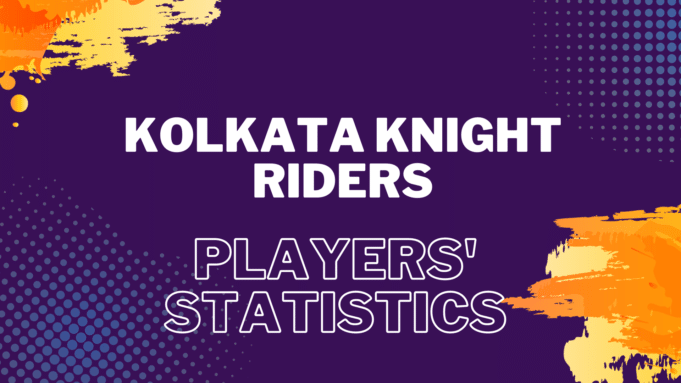 After starting the Indian Premier League season 2019 team Kolkata Knight Rider gone through some major disappointments and they slipped from first place to seventh in the points table.  However, this could not affect the team and players and they have again came back with double strength and got the fifth position in the points table.

Every cricket fan still remembers the first Indian Premier League game especially the endings of Brendon McCullum as he scored 158 runs off 73 balls.  In this big innings, he hit 10 boundaries and 13 sixes.  With the help of his great innings, the KKR team managed to defeat Royal Challengers Bangalore easily.

KKR has bought a magic cricketer in 2012, without his magic, the history of the Kolkata Knight Riders team was incomplete.  Yes, the magician is none other than the great Sunil Narine.  It was quite impossible for the batsman to understand Sunil Narine is bowling.  Narine can bowl the crucial Overseas for KKR as he did and won 12:00 IPL matches in the season.  This includes the final match against Chennai Super Kings.  Let us have a look at the key players of the Kolkata Knight Riders team.

Andre Russell is the star player of KKR. Russell has already established great record in IPL 2019 while he was on a batting. Russell has scored 52 runs. Andre Russell has been also brilliant with his bowling and he made the team won several IPL matches single-handedly.  This second phase of IPL is going to be e one more opportunity for Andre Russell to establish one more milestone.

One more West Indies cricketer is an integral part of the team Kolkata Knight Riders.  Sunil Narine is one of the age bowlers of the KKR team who troubled so many batsmen in the past IPL seasons.  Recently he has developed his batting skills as well which is not less than a treat for the KKR team.  Sunil Narine is opening for the KKR, which is another good point for the team.

Dinesh Kartik is the former captain of Kolkata Knight Riders.  He has brought a lot of experience to the batting sides, wicket-keeping side and has proved his Match finishing skills as well.  Karthik is one of the reputed match finishes in the world of cricket and he can hit the wall for a long way.  However, Karthik took his name back from the leadership of Kolkata Knight Riders,  as his only participating as wicketkeeper.  Let us see how Kartik will perform in the IPL Phase 2.

Shubman Gill is the Star cricketer of the Indian team and young talent as well.  Shubman Gill would definitely be participating in IPL Phase 2 and also in ICC T20 World Cup.

Kuldeep Yadav has made an impact in the Indian Premier League fall Kolkata Knight Riders and proved his worth of selection.  Kuldeep Yadav is capable to spin the ball at the crucial time of the game.  For a longer time, Kuldeep has been sitting on the bench in the national and international squad of the Indian team.  Kuldeep Yadav has very unique techniques of bowling which can definitely help KKR in the IPL Phase 2