Home IPL 2020 Most Matches as Captain in IPL 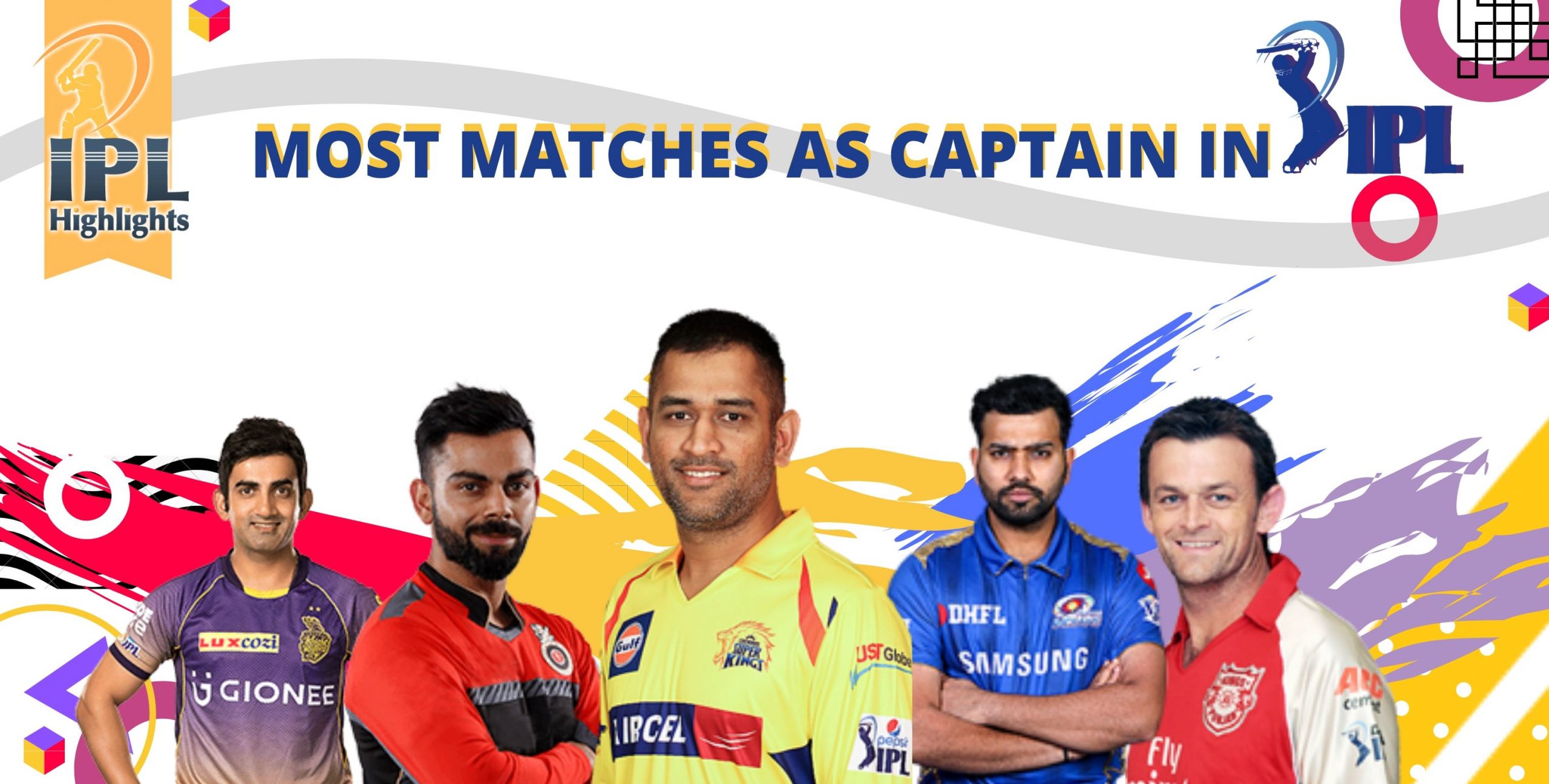 Most Matches as Captain in IPL

The cricketing carnival known as the Indian Premier League started back in 2008. The league was based on a franchise system where eight city-based teams were bought by various superstars of different industries. The first season saw the induction of eight teams and included most of the major towns in the country. The IPL has seen various controversies in a span of 13 years but the cricketing brilliance overtook all the controversies.

In cricket, it is often stated that a captain is the most vital cog in the functioning of the team. A good captain can make an ordinary player look like a maestro whereas sometimes an amazing player looks like a pedestrian under an ordinary captain. IPL has also seen its share of good and great captains.

In 12 seasons of IPL, 13 teams have participated in a minimum of one match whereas 48 players have captained their squads in at least one match. Out of these 48 captains, some have had a long-lasting effect on us. Let us take a look at captains who have led their teams in the maximum number of games:

Mahendra Singh Dhoni is often described as the judging stick when it comes to captaincy standards. The ex-Indian captain is the only player who has captained his side in each of the 12 seasons of IPL. He started his career as a captain of Chennai Super Kings in 2008. However, when CSK was banned for two years in 2015 due to various irregularities, Dhoni was bought by the newly formed Rising Pune Super Giants team who declared him as their captain.

Dhoni captained the Pune side for two years before returning back to lead CSK in the 2018 and 2019 seasons. Dhoni has led his team in a total of 174 times in 12 seasons of IPL and has won the most coveted IPL trophy three times.

Gautam Gambhir is creating a ripple in the politics of Delhi at the moment. However, before leading the BJP unit into elections, he led two different sides in IPL. Gambhir started his leadership journey in IPL with Delhi Daredevils in the 2009 season. He also captained the side in 2010 before moving to Kolkata Knight Riders in 2011. It was at KKR where Gambhir took his leadership qualities to anterior.  Gambhir led the Kolkata unit was six years and won two IPL trophies with the team before his transfer to Delhi Capitals in the 2018 season. He led the side for 129 matches.

The Indian captain has not enjoyed his journey as the captain of his IPL side. The Virat Kohli-led side has struggled in IPL and has failed to win any title. He captained the Royal Challengers Bangalore for the first time in 2011. Eight years have passed since then without any considerable success. He has captained his side in 110 games.

Rohit Sharma is arguably the best captain in the history of IPL. His captaincy has had such an influence in the Indian cricketing circle that there were murmurs of making him the captain of the Indian side. He started his IPL career with Deccan Chargers in 2008 before moving to Mumbai Indians in 2010. He was handed the leadership role after the retirement of Sachin Tendulkar in 2013. In seven years since then, he has won the title on four occasions. He has captained his side 104 times.

The only non-Indian player who has captained an IPL team for more than 70 games is the legendary Australian opener, Adam Gilchrist. He captained the Deccan Chargers side to the title in the 2009 season before moving to Kings XI Punjab in the 2011 season. Gilchrist led his side in 74 games.