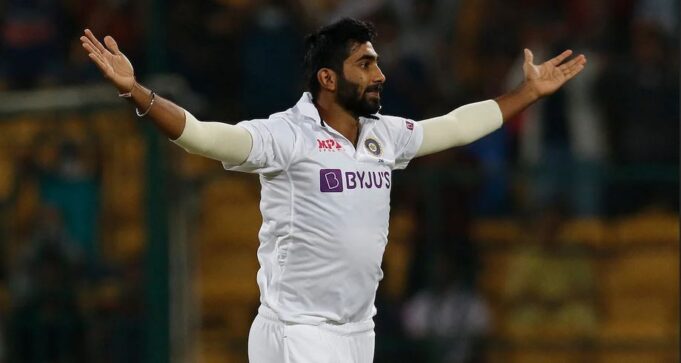 Jasprit Bumrah creates history by being the First Pacer in almost 35 years to lead India in the rescheduled India vs England 5th Test.

Rohit Sharma has been ruled out due to being tested covid positive for the second time before the 5th Test and will be unable to compete.

India is also missing their existing Vice-Captain KL Rahul due to him being not available.

A senior BCCI official who chooses to remain anonymous has confirmed this as Jasprit Bumrah the highly coveted Indian fast pacer is set to take the lead of the Indian National Team in the 5th Test as Rohit is out due to covid and KL Rahul is absent.

Bumrah will be the 36th Captain to lead in India tests ever since India started participating in 1932. The Gujarat pacer has 123 Wickets in 29 Test Matches and is highly respected and treated as one of the best fast bowlers of this time.

He is highly praised by the world and has been grooming himself to become a leader due to his amazing dedication to the game and consistency.

For India, this is a rare occurrence as unlike other countries like Pakistan and Australia where fast bowlers like Wasim Akram, Waqar Younis and Pat Cummins who is currently the captain have been leading their teams since the inception in India it is usually one of the Star Batsmen or Key All-rounders that lead Team India in any Format.

Who will open with Shubhman Gill now?

The top pick that can lead the opening lineup in tests is Cheteshwar Pujara who has been quite legendary in the past for India and has stood his ground firm and dominated this format to its full potential, his experience is something that team India would need in absence of the Captain and Vice-Captain in this important test.

Mayank Agarwal has been called to as cover but is not likely to feature in the playing XI.

Pujara and Gill are likely going to open although Hanuma Vihari cannot be written off as he has done great in the past in this position and had been monumental in Australia in 2018.

Pujara, Gill, Virat Kohli, Shreyas Iyer, Pant and Vihari that are going to be the backbone of this lineup in this important 5th Test

Although another dilemma India could face is whether to play the fourth Bowling All-Rounder in Shardul Thakur or the highly experienced Ravichandran Ashwin alongside Ravindra Jadeja.

Bumrah, Shami and Mohammed Siraj have their place already secured in this lineup and will be leading the attack.

Pooja Vastrakar: India get a squad boost just before the must win clash against Barbados in the CWG22