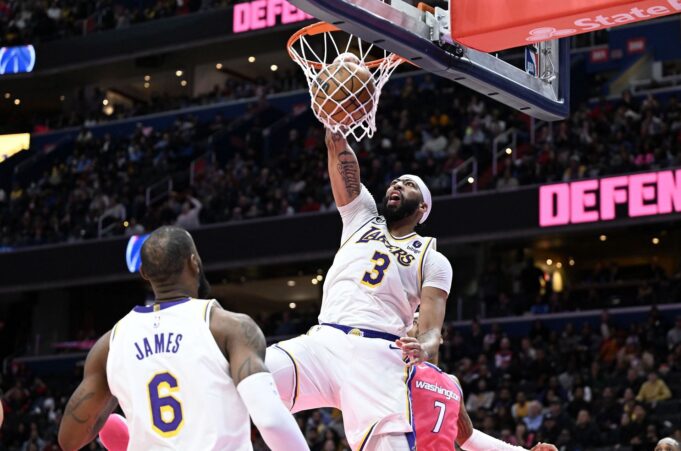 Over his past eleven contests, excluding a game in which he left after just eight minutes due to illness, those numbers have improved to 34.8 points per game, 15.2 rebounds per game, 2.8 assists per game, 1.4 steals per game, and 2.6 blocks per game. More impressively, Davis has shot 65.2% from the field, 38.5% from the 3-point range and 88.1% from the free-throw line.

The eight-time All-Star is listed as probable in the LA Lakers’ Tuesday night matchup against the rival Boston Celtics. Davis should be expected to have yet another big performance.

Watch Anthony Davis’ highlights from his 2019-2020 championship season below:

Anthony Davis has reminded his detractors of just how talented he is as he has been dominant this season. While the 21-7 Boston Celtics have been the best team in the NBA thus far, their defense has not found the same form as last season.

After finishing the 2021-2022 NBA season ranked first in opponents points per game and second in defensive rating, Boston currently ranks 13th and 12th in those categories, respectively. More importantly, the Celtics will be playing without big men Al Horford and Robert Williams III, who is yet to make his season debut.

Boston enters this matchup coming off of back-to-back losses to the LA Clippers and Golden State Warriors, who currently rank 30th and 28th in points in the paint. While both teams were able to exceed their season averages, neither has a big man capable of truly taking advantage of the Celtics’ missing size. Davis, who leads the league in points in the paint, should be in line for a big night.

Watch Anthony Davis’ highlights from his historic night below:

Who are Cam Newton’s siblings, Caylin and Cecil Newton?

How much time does it take Packers star to earn a million compared to...