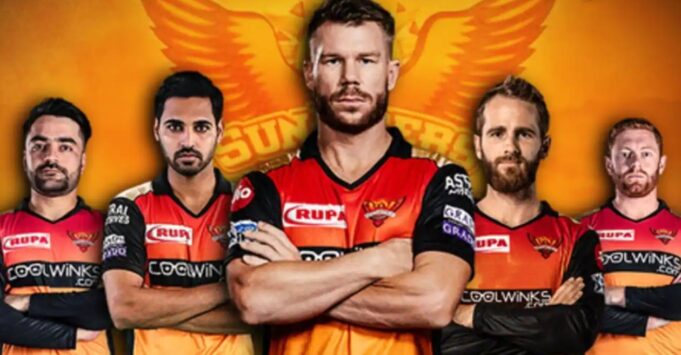 Using what can be touted as a dramatic seam attack, the Sunrisers Hyderabad registered their fourth successive win by defeating the Punjab Kings by 7 wickets at the DY Patil stadium. The Punjab Kings scored 151, a total easily achieved by the Sunrisers with the loss of just 3 wickets. The puts the Sunrisers at fourth position on the table with eight points.

Livingstone scored a massive 60 runs off 33 balls but it was Bhuvneshwar’s variations and Umran Malik’s four-wicket last over that curbed the score to 151. The Kings lost the last five wickets without scoring, leaving the Sunrisers with an attainable target of 152 runs. Though Kane Williamson couldn’t make it past the powerplay, an unbroken 75-run partnership by Nicholas Pooran and Aiden Markram led the Sunrisers to victory.

The Punjab Kings had to go on field without their captain, who suffered from a toe injury. Bhuvneshwar turned out to be bothersome for the Kings in the powerplay when he got Dhawan’s wicket at 8 runs off 11 balls. Natarajan followed suite, when he got Prabhsimran Singh with an inside edge. Though he wasn’t sure, Williamson reviewed it and the not-out was reversed. The Punjab Kings were at 46 for 2 in six overs and 61 for 4 in eight overs.

Shahrukh, on the other hand, had a slow started when he started scoring from ball eight. He scored 14 off 13 balls off Suchith. After scoring 26 of 28 balls, Shahrukh was finally taken by Bhuvneshwar in the 17th over. Odean Smith too struggled and scored 13 off 15 balls before he was taken by Umran Malik.

Umran Malik dominated the last overs and bowled at speeds close to 150kph. Both, Vaibhav Arora and Chahar lost their wickets to Malik off consecutive balls. This followed by Arshdeep getting run out in the hat-trick ball of one of the most theatrical final-over sequences in the tournament. This was only the third time that the last four wickets have fallen without contributing a single run in a T20 game.

Rabada started off strong when he got Williamson at just 3 off nine balls. Tripathi hit a six and four fours. In his match against the Kolkata Knight Riders, he scored some sensational lofted drives against Varun Chakravarthy. When he tried to repeat it against Chahar, he couldn’t pull through owing to a slight change in length. Chahar took Abhishek in his next over, curbing his score to 31 off 25 balls.

In came Pooran and Markram, at a point when the Sunrisers needed 75 off 57 balls. The pair completed the chase with 7 balls to spare, leading the team to the top-half of the score table. The Sunrisers scored 152 for three wickets and won the match by 7 wickets.