Home IPL 2022 Cristiano Ronaldo will not be able to travel with Manchester United ahead... 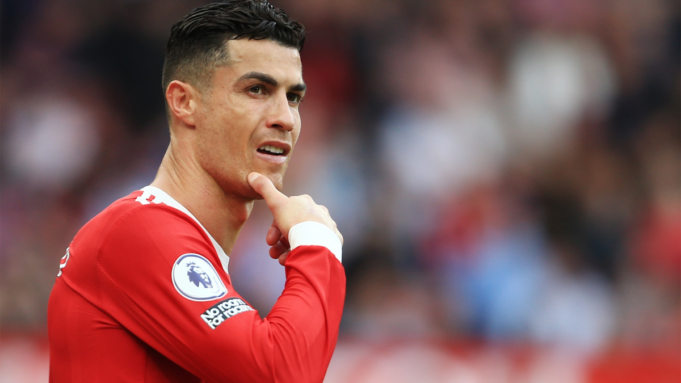 Reports have surfaced that the 37-year-old striker Ronaldo is pushing for a move away from Manchester United after moving back to the club last year.

Cristiano has always been a fan favourite and has become a club legend too due to his early days at the club.

He is deeply attached to the fans and the club, he has a lot of respect for the club too due to the major contribution Manchester United has had in shaping him up as a player.

Cristiano Ronaldo will reportedly not be joining his teammates for the beginning of the pre-season tour, he has been dealing with some ongoing family situation, due to which he has been given extra time off by the club. This means he won’t be joining them for training or flying to Thailand with them for the tour.

It is still uncertain if he will be a part of their pre-season at all, the club has a busy schedule in July packed with a lot of fixtures, they will be starting their pre-season off in Bangkok on July 12 against Liverpool followed by a tour of Australia and a few games in Norway and manchester.

The transfer window has been filled with speculation about Ronaldo’s future and his next club as he has handed in a transfer request to force a move away from the club.

One of the biggest reasons for Ronaldo to move away is the lack of progress the team is making and the lack of S-tier competitions they will be participating in.

Ronaldo has always been a winner and a performer in the big leagues so not playing against the best of the best is disappointing for a player of such stature.

United still have a year on the contract left with Ronaldo and would not want to let go of him as he is one of the top players to ever grace the sport, due to the lack of Champions League football he wishes to leave the club. His agent, Jorge Mendes, has already had talks with Chelsea and Bayern Munich over a potential transfer of his client to either of these clubs.

Bayern director Oliver Kahn again on Cristiano Ronaldo: “As much as I appreciate Cristiano Ronaldo as one of the greatest players, a move would not fit into our philosophy”, tells @FrankLinkesch ⛔️🇵🇹 #FCBayern

Mendes discussed with Bayern of Ronaldo but answer is still the same. pic.twitter.com/6Ax6YG6kLs

Despite Manchester United’s season not going the way they expected it to, Cristiano Ronaldo still managed to score 24 goals for them making him stand out from the rest.

Manchester United finished the season on a low note with no silverware, an early knockout in the round of 16 by Atletico Madrid and not the most remarkable finish in the league.

Despite all this, the newly appointed Erik Ten Haag has said that he has Ronaldo in his plans at the club.

Cristiano Ronaldo will not be able to travel with Manchester United ahead of their...

Rohit Sharma on India’s loss in Edgbaston Test vs England