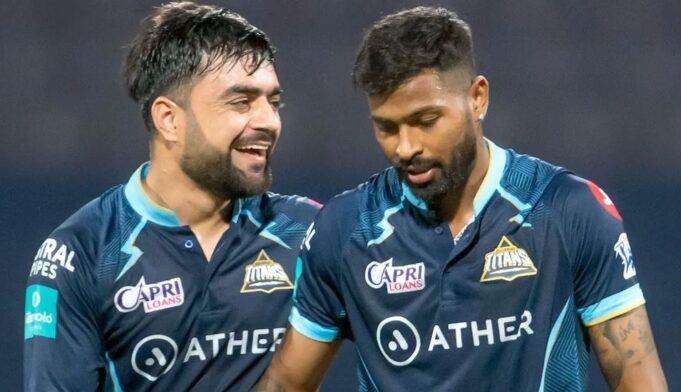 Gujarat Titans have done it, reached the finals that will be played in Ahmadabad, their home ground in front of 10,000 spectators. In the final over, the 6, 6, 6, of David Miller managed to channel the spirit of Carlos Brathwaite. Miller made 68 runs off 38 balls and was unbeaten. He managed a partnership with Hardik Pandya of 106 runs. They got home with 3 balls remaining.

Buttler started off but Samson sustained

Jos Buttler laced 3 boundaries off Shami early on and gave the RR team the push required. Samson came to bat like a possessed man. He managed to hit 3 fours and 2 sixes. Samson was 30 runs off 13 balls and the RR team was 55 runs for the loss of 1,

As Samson took on the role of an aggressor Buttler seemed to have slowed down. Rashid managed to pave the path for Sai Kishore. He removed Samson and caused a dent the RR team. Rashid was economical but not only because he was a genius, but also because the opponents were not ready to take risks with only 6 specialized batters.

Buttler was unable to hit even one boundary from the 3rd over’s end to the start of the 15th over. After this came the torrents. He hit Yash Dayal, the left arm seamer, for 4 fours in the 17th over. After 2 balls, he managed half-century off only 42 balls. He hit the first 6 only in the 19th over. This was a ‘good’ hit. There were 64 runs in the last 5 overs, in which Buttler had made 52.

The calculated assault of Matthew Wade and Shubhman Gill helped the GT team to recover the loss of Wriddhiman Saha. He was out for a ‘duck’. Gill managed to hit R Ashwin for 3 boundaries.

Once Gill was dismissed due to the confusion with Wade, Wade, too, fell after 2 overs.

Hardik and Mill managed to take calculated risks. They took 14 runs in the final over that was bowled by Ashwin. The GT team needed 50 off the last 5. They were held tight by Obed McCoy and Chahal. The slow deliveries of McCoy seem to be quite effective. Chahal bowled a ‘tight’ 18th over with a varying pace and length. The GT team needed 23 runs off 12 balls. The struggle of Hardik was covered up by Miller, who was able to pick boundaries. Samson had described this wicket as ‘sticky’. The 19th over by McCoy was tight and only 4 runs were made. The RR team had chances of winning as the GT team needed 16 in the last over.

Miller thought differently, he went for 3 sixes and gave the GT team the finale ticket. 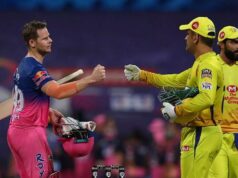 “I got it wrong” – Pundit admits he was wrong about Arsenal star and...

Listing Top 10 highest-scoring games in the NBA ever played