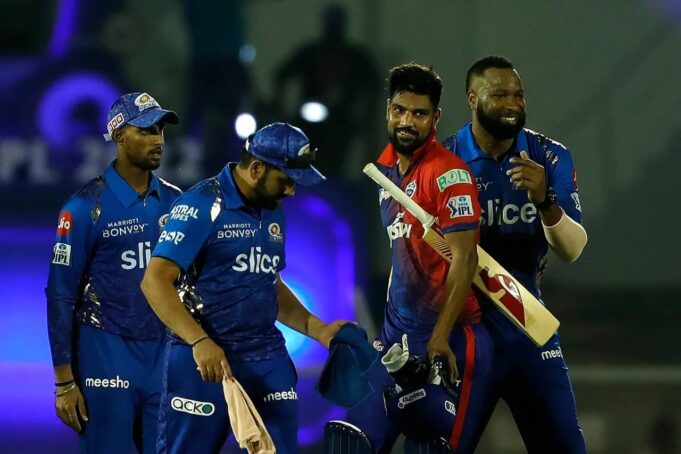 Just a day after giants CSK’s unlikely defeat to KKR, Delhi Capitals staged another coup to bring down the mighty Mumbai Indians in a tense thriller. While DC have been no mugs in the tournament, especially after their impressive run in the previous edition of the IPL, they were rather precariously placed at 104-6 when Shardul Thakur walked off the pitch to give way to Axar Patel for the turnaround to ensue. But before rushing to the climax, here’s an account of how it all played out.

A promising start for MI

When Rohit Sharma kicked off MI’s innings with a boundary caressed to fine leg, followed by a screaming six over the extra cover boundary in the very first over, the lost toss didn’t seem to matter much to the MI contingent. The skipper continued the assault through the power play scoring a quick-fire 41 of 32 cherries with 4 fours and 2 sixes, before falling to Kuldeep Yadav.

Ishan Kishan started steady (at least by his standards) as he anchored the otherwise shaky Mumbai innings. He was attacking nevertheless. And he picked up the pace even further after over 16, when he was still there at 47 from the 33 balls he’d faced. He turned the tide in the final two overs when he took the DC bowlers to the cleaners. After smashing Khaleel for two boundaries in over 18, he was the wrecker-in-chief in the final over bowled by Shardul Thakur that went for 18 runs.

While MI did manage a respectable 177 for 5 in their quota of 20 overs, it was Kuldeep Yadav who managed to turn back the years on a flat deck, pulling back the scoring rate in the crucial middle overs. For perspective, even the wily Axar Patel struggled to keep things under control as he conceded 40 runs in 4 overs without picking a wicket. Kuldeep, on the other hand, picked up 3 wickets, conceding just 18 runs in his allotted quota of overs. 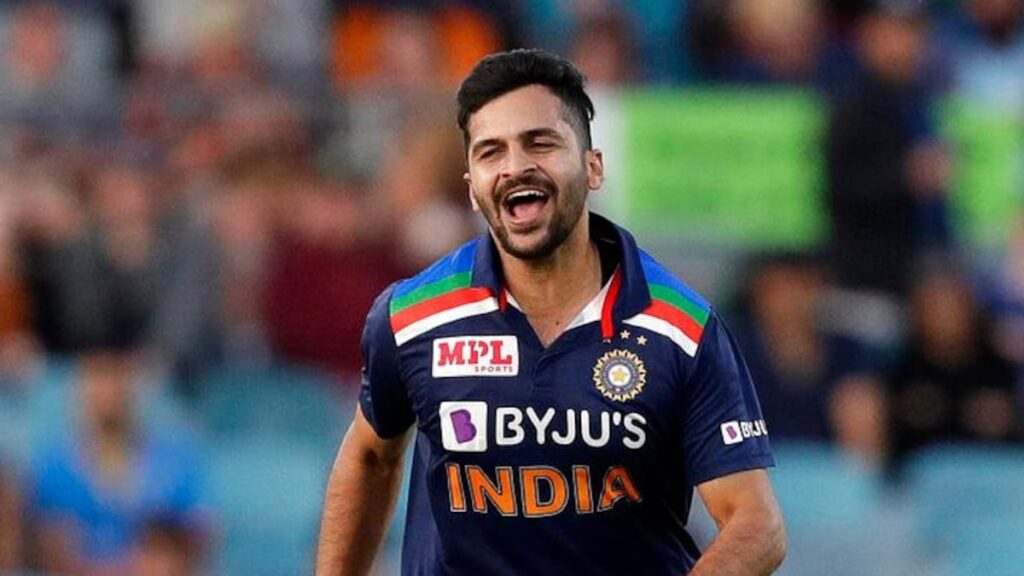 DC had a decent start owing to Seifert’s breezy 21 off 14 balls, but the effort was soon derailed by a double-blow that found the Delhi contingent down two scalps for just 30. When Rishab Pant was soon dismissed, the score reading a perilous 32-3, the trajectory seemed all to predictable. The fact that DC found themselves at the receiving end of another double whammy; 72-4 (Prithvi Shaw) and 72-5 (Rovman Powell), was confirmation of a lackluster Sunday evening affair. Or so it seemed.

Shardul Thakur, gallant as always, scored a 11-ball 22to set things in motion. And when he departed, the stage was set for one of the first nail-biters for the ’22 edition. While Lalit Yadav did struggle to find any rhythm in the first half of his innings (just 17 of 25), he finally managed to break free in the 14th over bowled by Basil Thampi. And when Axar thumped Bumrah for a six over long-on in the 16th over, there was no looking back. Thampi and Sams were reduced to mere spectators as they conceded 13 and 24 runs respectively in the overs to follow, handing over the reigns to Delhi.

While Kuldeep Yadav finished as player of the match, there were more than a couple of noteworthy performances that galvanized Delhi’s chase. They finished 179-6 acing MI’s 177-5. 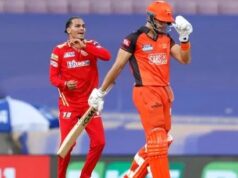