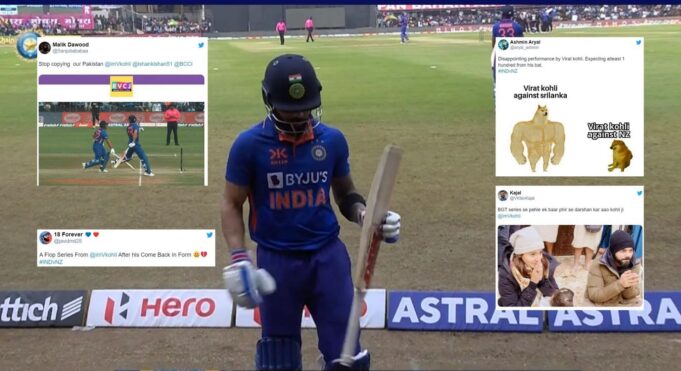 Virat Kohli once again failed to score big in the third ODI against New Zealand in Indore on Tuesday, January 24. The right-hander departed for 36 runs off 27 balls, which included a maximum and three boundaries.

The development came even as Rohit Sharma (101) and Shubman Gill (112) shared a 212-run opening partnership to provide the perfect platform for other batters.

Kohli departed after Ishan Kishan sacrificed his wicket with a runout dismissal. The 34-year-old was eventually caught by Finn Allen off Jacob Duffy’s bowling, leaving India at 284/4 in 36.2 overs.

The Delhi batter had earlier registered scores of eight and 11 in the first two ODIs against New Zealand. Fans were displeased with Kohli’s knock as Team India failed to post a 400-plus total.

Virat Kohli’s 36 against New Zealand today is a tribute to India’s 36 all out against Australia. #Cricket #IndvsNZ

Virat Kohli’s 36 against New Zealand today is a tribute to India’s 36 all out against Australia. #Cricket #IndvsNZ

Question: what hurts more than a breakup?

Team India posted 385/9 in their allotted 50 overs. Besides Gill and Rohit’s heroics, Hardik Pandya also contributed 54 off 38 balls, which included three sixes and as many boundaries.

Blair Tickner and Jacob Duffy were the pick of the bowlers for New Zealand with three wickets each, while Michael Bracewell picked up a solitary wicket.

The hosts won the first two ODIs by 12 runs and eight wickets, respectively. Another victory will help the Men in Blue complete a 3-0 whitewash against New Zealand.

Virat Kohli to next play in IND vs AUS Tests

Virat Kohli will next play for Team India in the Border Gavaskar Trophy against Australia. After scoring centuries in T20Is and ODIs last year, the right-hander will look to end his century drought in Tests since November 2019.

Kohli loves playing against Australia. So far, he has scored 1682 runs in 20 Tests at an average of 48.06, including seven centuries and five fifties.

The first of the four-match Test series will be played in Nagpur from February 9. 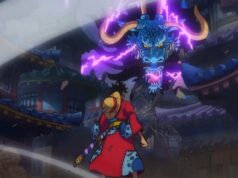 “There’s quite a lot of money”