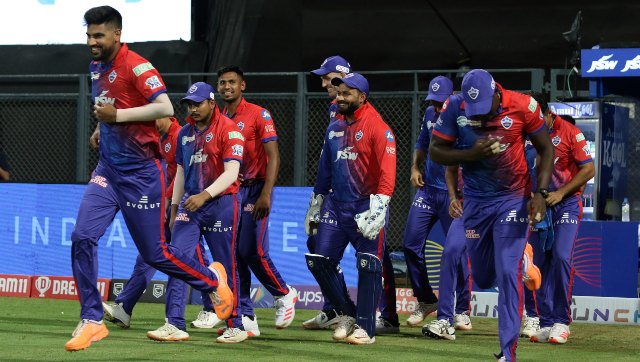 Mitchell Marsh managed to make a half-century in difficult conditions. He was able to well judge which bowler to hit and which to avoid. This win can be contributed not only to his hits but also his restraint.

Punjab Kings (PBKS) who have lost 7 out of 13 games played are out of this tournament. They need to hope for a miracle to take them to the ‘final’ four. In this chase of 160 runs, Jitesh Sharma displayed bravery by making 44 runs off 34 balls.

Liam Livingstone is well aware of which ball can be hit and which cannot. This works out to be his strength.

David Warner took the 1st strike only because he saw Livingstone come to bowl, unfortunately he was caught.

Rishabh Pant managed a six but was stumped right after. Both of these dismissals were due to the understanding of Livingstone. The tactic used by Livingstone is to avoid giving runs, but in this match it turned out to be for taking wickets.

At the ‘halfway’ stage Marsh was on 32 runs from 26 balls. You realize that the pitch is not good for scoring when a ‘power hitter’ like Marsh is tied down. He decided on a long game, biding his time. He waited for the ‘death’ over’s which work as a lottery.

Livingstone fell to the trap and got out pretty soon. The game was on his shoulders in the 8th over after the captain and the openers fell. He made the mistake of charging to the best bowler of the DC team, Kuldeep Yadav.

After Livingstone was dismissed the PBKS team had only 18% chance of winning the game.

Though the PBKS team seem to crumble from 53 runs for the loss of 1 to 82 for 7 , they fought. Jitesh managed to keep a ‘dead’ game alive. The team now needed 39 runs from 18 balls.

The fairy tale came to an end when Shardul Thakur came. The slow ball he bowled managed to break the spirit of Jitesh. The seamer of the DC team managed to pave the path to victory by dismissing Bhanuka Rajapaksa and Shikhar Dhawan in his very 1st over. It was ‘fitting’ that he managed to end the game by taking the wicket.