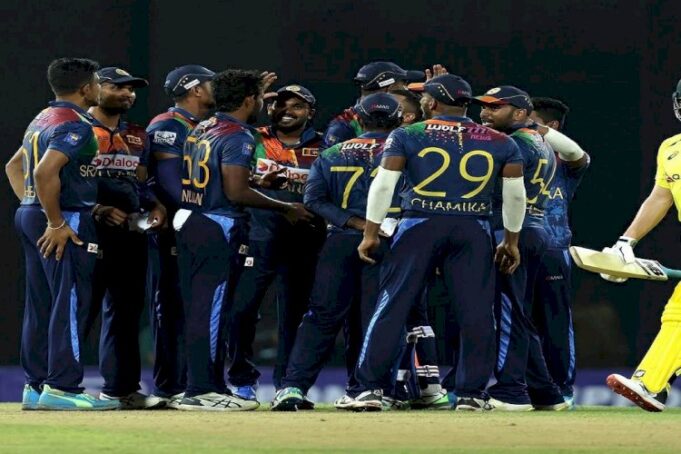 Sri Lanka is going through a very tough time of economic turmoil,there is extreme shortage of fuel,food and medicine.Schools and universities have been shut by the government during these times.Nothing is functioning as normal in the country

Before Australia agreed to go through with this plan they had to think a lot and consider if it was right to play cricket in Sri Lanka due to cricket being so celebrated in the country,but these tough times made Australia contemplate a lot.

Nonetheless Australia are in Sri Lanka and the series has started which has sparked a feeling of joy amongst the citizens that have not been happy for a while due to the conditions.

Cricket has become a source of distraction from these tough times and finally there is something positive that the people of Sri Lanka are looking forward too.

“Yes there is a problem in the country, people have become poor and helpless with all kinds of problems. We have been living a monotonous life and sometimes spent five, six seven days in fuel lines,” said Ujith Nilantha, who watched the first test between Sri Lanka and Australia with his 10-year-old son last week in the southern city of Galle.

“There is no happiness for children, and we can’t provide what the child needs. When we watch this (cricket) it brings a mental healing,” added Nilantha, whose livelihood in the tourism sector has been disrupted after arrivals fell with the energy crisis.

Nilantha had suggested to his son that he should pursue cricket but due to these economic conditions its not possible anymore as cricket is considered an expensive game in Sri Lanka.

“We love cricket but we can’t spend all our time on cricket, with the employment problems and all of that. But I expect to get some relief from the pressures by watching cricket.”

Cricket has been a legacy for all the south asian countries such as India,Sri Lanka and its neighboring countries ever since the British colonization.It has become a part of the culture in Sri Lanka and every kid always dreams to play cricket.

Everyone is extremely connected with this sport and it is one of first sports a kid plays in South Asia due its popularity.

16 year old Nethumaksila had his public exams scheduled but due to schools being shut he could not attend them and instead decided to take a train to Galle to watch the cricket match and relieve his mind.

“We only have cricket in times of sadness,” he said. “We come here to watch cricket to get it off our minds,” said the boy.

The tour involved a three game t20i series won by Australia and a 5 game ODI series that Sri Lanka won 3-2.

The decision of Australia going through with their plan to come to Sri Lanka earned them a lot of praise and admiration as the attendants of the game in the stadium wore the colour yellow which is the colour of the Australian National team to thank them for entertaining Sri Lanka in these tough times.

This also sent out a positive message to the world and showed how positive Sri Lankans are.

Australians also showed their regards on social media but talking about the series and how welcomed they felt during these times.

Cricket has always been known as a game of emotions and unites people even during the toughest of times,its legendary history and legacy in South Asia makes it an event whenever a cricket match is held in a particular city or country.

“You know, I think that Messi guy might have a future” – US president...