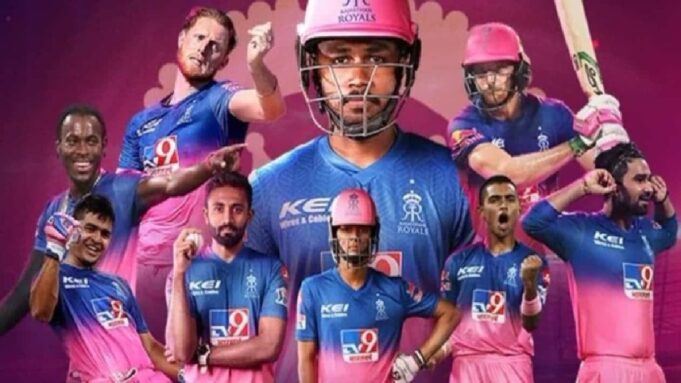 With this win on 07th May 2022 in the IPL the Rajasthan Royals (RR) has consolidated their 3rd position on the points table. The cameos from Sanju Samson and Jos Buttler managed to give this a ‘flying’ start. Devdutt Padikkal seemed to struggle but Jaiswal could single handedly manage the chase. He scored 68 runs off 41 balls.

Rajapaksa and Bairstow continue the attack

Shikhar was dismissed in the powerplay in the final over. The catch was taken by Buttler. Bhanuka Rajapaksa and Bairstow continued attacking. Rajapaksa managed to smash Yuzwendra Chahal for a 6 in his 3rd ball. After 2 overs’ he managed to launch Kuldeep Sen and also hit Prasidh Krishna for ‘back-to-back’ 4’s. Bairstow also managed to find the boundary at regular intervals. This pair could take their side to 88 runs for the loss of 1.

The PBKS team has the lowest rate of scoring against the spin as compared to the 10 teams in this tournament, and spin was their downfall. Rajapaksa was bowled by Chahal. Chahal also dismissed Mayank Agarwal and Bairstow. Now, the PBKS team was 122 runs for the loss of 4 wickets in 15 over’s.

A strong finish by Livingstone and Jitesh

Blazing start of the Royals

The RR team managed to start off in an aggressive manner. Jaiswal hit Sandeep Sharma for 2 fours and also a 6 in the 1st over. Buttler hit Kagiso Rabada for 3 fours and a 6. After Buttler was dismissed the PBKS got some relief, even though he had managed 4 fours in the 1st seven balls. After 8 overs the RR team was 85 for the loss of 1 wicket.

Hetmeyer and Jaiswal taking over

Paddikal came to bat at number 4 but seemed to be struggling. The stroke play of Jaiswal kept the RR team comfortable with the ‘asking’ rate. They needed 77 runs off 8 overs. In a single over of Rishi, Jaiswal managed to take 3 fours. He brought out another boundary against Rahul Chahar.

Hetmeyer managed to hit 2 fours against Arshdeep Singh This brought down the asking rate.

The requirement was 8 runs in the final over. Hetmeyer managed to level the score by lofting the ball over long-on. After 2 balls, he chipped a ‘full’ toss for the ‘winning’ run.