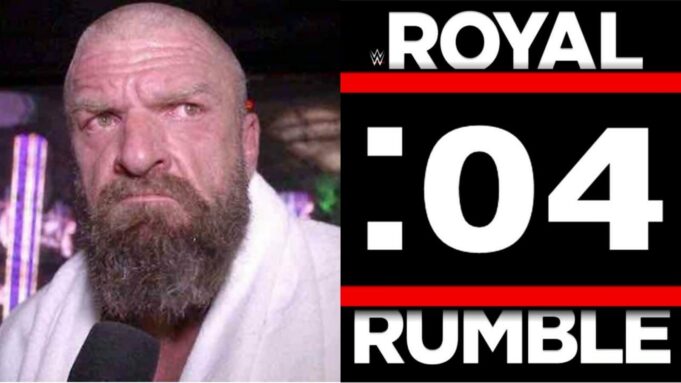 The 52-year-old returned to his old hunting ground in 2019 for the special reunion episode of RAW. He was also inducted into the Hall of Fame in 2021.

RVD recently hinted on Twitter that he’s open to being part of the 2023 Royal Rumble.

Check out the exchange below:

Triple H is all set to produce his first Royal Rumble this Saturday after taking over the keys to the company’s creative department last year. Many expect The Game to book Cody Rhodes to win the men’s Rumble match, as The American Nightmare has been treated like a megastar since his return to WWE.

However, Vince Russo highlighted on Sportskeeda Wrestling’s Legion of RAW why that decision could backfire. He stated that the promotion is starting to push Rhodes down the fans’ throats.

“They are starting to shove Cody Rhodes down your throat. And you know what happens when they shove somebody down your throat. They’re starting to do that. The guy tore a pec muscle, he didn’t lose a leg, he didn’t lose an arm. He tore a freaking pec. You know how many pec muscles have been torn in professional wrestling? You know many guys worked with torn pec muscles. If they put them over in the rumble, you’re really going to see resistance.”

Besides Cody Rhodes, several other top names, such as Edge and Beth Phoenix, are also reported to be making their return to the squared circle at the upcoming event.

The company is also trying to seemingly bring in Logan Paul at the first special event of the year. It’ll be interesting to see what Triple H has in store for fans on Saturday.

Do you think RVD should be at the Royal Rumble? Let us know in the comments section below.