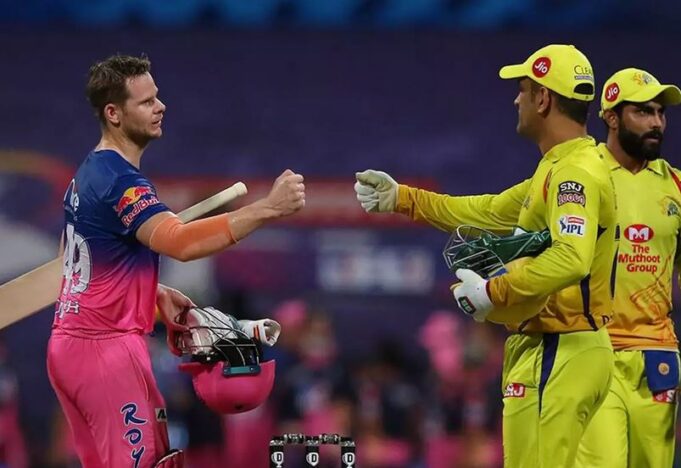 R Ashwin managed to take the RR team to the ‘top’ two with a win considered to be tense against the CSK team. Both the teams played well in the powerplay but seem to struggle when the fields were out.

The slowdown of the CSK team can be termed as ‘drastic’. Though Moeen Ali batted throughout the inning, they did not fare too well.

The CSK team started accelerating in the 4th over instead of the 5th. Moeen seemed to be on a song. He went after Prasidh Krishna’s hard lengths and managed to take 16 runs from the 5th over. In the final over of the powerplay he hit boundaries to Trent Boult and brought his 50 in the 19th ball.

The slow down started when Ashwin made a comeback in the 8th over. David Conway wanted to sweep him but was trapped with a lbw. Moeen had to take additional responsibility for which he was not prepared.

There was a time when there was no boundary in 45 balls till the time Dhoni managed a 4 in the 15th over off Chahal. Unfortunately, Chahal, Ashwin and McCoy managed to stifle the life off the innings and only 30 runs were made in the last 4 over’s.

The Impetus of Jaiswal

Yashavi Jaiswal has made the powerplay count single handedly after Jos Buttler was out in the 2nd over. Jaiswal managed to make 31 runs off 17 balls. Buttler was sensational at the tournament’s start but seemed to slow down quite a bit.

The RR team was challenged with the introducing of the spin and the field spreading. Samson wished to force the pace but was stopped by Mitchell Santner. Devdutt Padikkal was bowled for a mere 3 runs off 9 balls.

The endgame of Ashwin

Ashwin was promoted by the RR team at this point. He has been used previously as a pinch hitter and a pinch anchor but not in a critical situation. At the time Ashwin came in the asking were 67 runs from the last 7 overs. Jaiswal was finding it difficult to maintain the rate of scoring of the powerplay.

Ashwin managed a 6 off Moeen. This same dose was repeated with Prashant Solanki, the leg spinner by Jaiswal. Solanki was given an over by Dhoni at the death. In this he managed to get the wicket of Shimron Hetmeyer. Now the asking was 38 runs off 19 balls.

There were not many runs to work with for Matheesha Pathirana, the slinger. He was ramped by Ashwin to ease any pressure. At this time, the asking was 24 runs from 14.

Ashwin managed to target the boundary against the left-arm angle of Mukesh Choudhary. He sealed the match when he steered Pathirana behind the point in the final over.