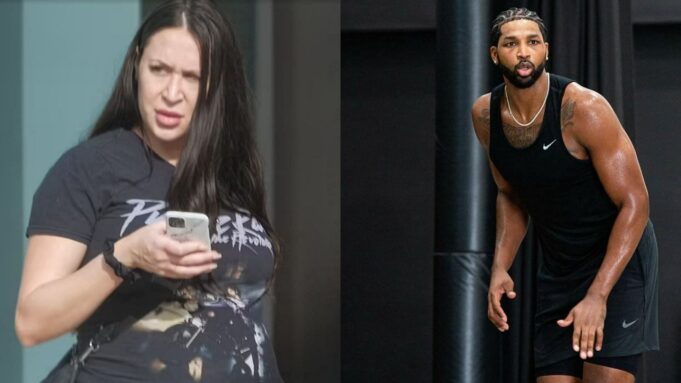 Tristan Thompson has agreed to pay $9,500 per month in child support to Maralee Nichols. Thompson is currently out of the NBA, while Nichols has sole custody of their son, Theo.

According to Entertainment Tonight, the child support agreement came a year after Theo was born. In addition to paying $9,500 per month, Thompson was also ordered to pay Nichols’ lawyer fees. Visitation rights for Thompson will be determined at a later date.

Theo is Thompson’s third child. He has a son, Prince, with ex-girlfriend Jordan Craig. He has a daughter, True, with Khloe Kardashian born in 2018. A second child with Kardashian was born in July via surrogacy.

Tristan Thompson and Khloe Kardashian dated from 2016 and 2019. They separated because of Thompson’s fidelity, but the couple got back together during the COVID-19 pandemic in 2020.

The relationship didn’t last, though, as Thompson cheated on Kardashian with Maralee Nichols on his birthday. After Nichols filed a lawsuit against the former NBA player, Kardashian broke off their relationship for a second time despite having another baby on the way.

Thompson would issue a public apology to Kardashian after a paternity test confirmed that he’s the father of Theo.

“Today, paternity test results reveal that I fathered a child with Maralee Nichols,” Thompson posted on Instagram. “I take full responsibility for my actions. Now that paternity has been established, I look forward to amicably raising our son. I sincerely apologize to everyone I’ve hurt or disappointed throughout this ordeal both publicly and privately. Khloe, you don’t deserve this.”

Tristan Thompson remains a free agent at the age of 31. He played for the Sacramento Kings, Indiana Pacers and Chicago Bulls last season. He was traded by the Boston Celtics to the Kings in the offseason.

After playing 30 games in Sacramento, Thompson was traded to the Pacers as part of the Tyrese Haliburton-Domantas Sabonis deal. He only appeared for four games in Indiana before agreeing a contract buyout.

Thompson would sign with the Bulls for the remainder of the year, averaging 5.7 points and 4.7 rebounds in 30 games. If he can’t find another job in the NBA, Thompson has several options. Former players have been thriving in China and Australia, while Dwight Howard recently made Taiwan a destination for NBA vets.

Activision is reportedly introducing an AI system in Call of Duty to detect toxic...

Most Raid Points, Most Tackle Points (Updated) after Eliminator 2

“Now The Elite are gonna bury him”